skip to main | skip to sidebar

I spent the afternoon with Sandy, Greg, and one of his friends at one of the bars in the Detroit area that hosts a local chapter of the Browns Backers clubs. Greg has gone in the past and also on one of their bus trips to a Cleveland game. Sandy went to the bar two weeks ago when the Browns beat the Saints but I was busy at the time.

I decide this week I would go and it was a great way to spend an afternoon. There must have been about 50 Browns fans watching the game on the big HD screen and we got pretty loud as the Browns thumped the Patriots 34-14. And Sandy and I won two tickets to the Browns game on November 28th! Very glad I decided to go this week.
Posted by Steve Kinley at 4:44 PM 1 comment: 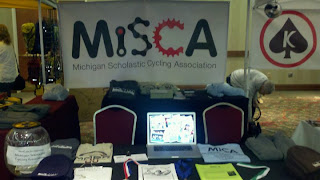 Saturday was the big mountain bike race from Kalkaska to Traverse City, the biggest one day race in the United States and has drawn close to 4,000 racers for the past couple of years. It has become a huge end of the season event with racers coming as much for the after race parties as they do for the race itself.

I sold my entry earlier in the fall as I did not feel that I would be very competitive this year as I have not done much riding this fall. I thought I would miss not racing but really didn't. After attending the expo all day on Friday I got up race day morning and drove home. I am kind of disappointed I missed doing it though because the race was finally held in winter conditions complete with ice and snow. But after being on my feet all day Friday I would have not been very fast, as evident by my ride I did when I got home yesterday.

The Iceman expo held on Friday is the spot for registration pickup and is also an area for dealers, vendors, and other bike related enterprises to set up and display information and sell merchandise, many at season end clearance prices. It can become a madhouse at times, especially later in the evening . I have set up a Hammer Nutrition tent at several of these and was usually exhausted by the end of the day from talking and selling product.

This year MiSCA shared a booth with the MMBA and we set out material for our organization as well as merchandise for the MMBA. MiSCA had a big banner in the back of the tent and polo shirts to wear with our logo. We drew a lot of attention, both from interested racers and potential schools as well as interested sponsors. Some had heard about us from word of mouth, others had seen the recent article in Cyclingnews. At the end of the day I was again exhausted but I think it was a very productive day for the future of MiSCA.
Posted by Steve Kinley at 8:10 AM 1 comment:

An article about MiSCA appeared on the internet site, cyclingnews.com today. Click here to read it.
Posted by Steve Kinley at 9:47 PM 1 comment: 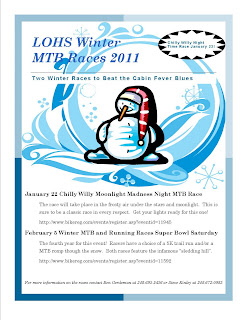 The Michigan Scholastic Cycling Association (MiSCA) announces that Cannondale Bicycle Corporation will be donating resources to help fund college sponsorships for the winners of the 2011 MiSCA Varsity championship races. MiSCA has tentatively scheduled five mountain bike races for the fall of 2011, with the final race awarding a minimum of $2,000 in college scholarships.

MiSCA, formed in the spring of this year as part of the Michigan Mountain Biking Association, has as its mission to establish and maintain safe, quality scholastic cycling programs. An interscholastic racing league was piloted this fall and the inaugural season saw students from area schools compete for podium positions at three mountain bike races held in the SE Michigan area.

Look for MiSCA board members at local cycling events, expos, and bike shops this winter and spring as they reach out across the state to recruit more schools and volunteers.

For more information on MiSCA or how to donate or sponsor them visit: http://www.miscabike.org
Posted by Steve Kinley at 7:21 PM 1 comment:

Some time is better than no time 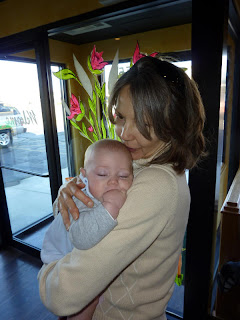 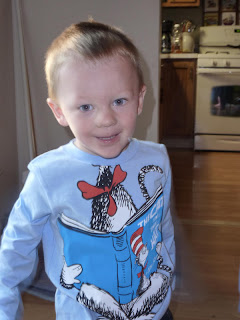 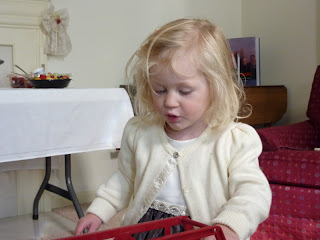 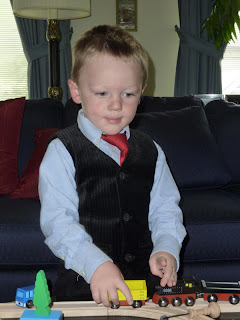 Sandy and I went to Indy on Friday afternoon to attend the funeral of Emily's grandmother. We got down there in the evening in time for the viewing and then the funeral on Saturday. Emily and the grand kids had been there for a few weeks since her grandmother had taken a turn for the worse.

The original plans were for us to take the two older ones for a week after visiting but the plans changed with Emily flying home later this week. Flying back with Jason or shortly after should make it easier for her.

We had a nice visit even if it was all too short. Not sure when we will get to see them next but hopefully it won't be too far in the future.
Posted by Steve Kinley at 6:34 PM 1 comment:

We added another short piece of singletrack a the school, finishing it yesterday. It is only .3 miles long and not very technical but more trail is always good.

I rode the entire race loop for the race on the 23rd and came up with almost 9 miles per lap. I was at 6 miles before getting into Bald Mountain. We will use two miles of the Bald Mountain trail which should help those training for Iceman as the sections are pretty fast and fairy wide open.

There are a lot of leaves on the trails now, to the point that some of the trail is hard to see. I plan on going up this week and blow some of it off.
Posted by Steve Kinley at 5:31 PM No comments: 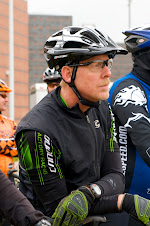